Jeton Zulfaj, programe manager at Lëvizja FOL said that during the visits that FOL has had to the Kosovo Court and Prosecutor’s Office, it has noticed that there are numerous problems regarding the management of statistics on corruption statistics, as a result of the lack of statistics officers. “We are interested to have a special category, showing how many cases are prescribed,” Zulfaj said.

Besnik Ramosaj- Director of the Statistical Office of the Kosovo Judicial Council said that the possibility of errors in statistics is possible, due to the large number of cases. “There is a problem due to the change of courts. The number also varies when a case passes from a department to another department. In Prizren we had a problem with the statistics officer, officials have count all the cases, “Ramosaj said, adding that the source of statistical information should be form the statistics officer and not from any other official.

Nurije Ali from the Basic Prosecution in Ferizaj said that when the qualification of the case is changed, we do not have the opportunity how to report it, it should be a special section for reporting these offenses. “Moving cases from one department to another causes us troubles in statistics. It should be given the opportunity to indicate the cases when the requalification of the cases is done. We report to Laura Pula every month for statistics, so the same report goes to the Prosecutorial Council, “Aliu said.

Meanwhile, Xhemile Morina from the Basic Prosecution in Mitrovica said that she did not encounter cases when the acts from other chapters were mixed. “In Mitrovica we are only two officials dealing with statistics, that we records officials and we have additional work with statistics work,” she said.

Pranvera Ademi from the Basic Court in Peja said that they also have problems with the qualification of the offense, because the Prosecution comes with another qualification and the court qualifies differently and for this there are differences in statistics.

This grant is funded by the Democratic Society Promotion (DSP) project – funded by the Swiss Cooperation Office in Kosovo (SDC) and the Danish Ministry of Foreign Affairs (DANIDA) and managed by the Kosovo Civil Society Foundation (KCSF). 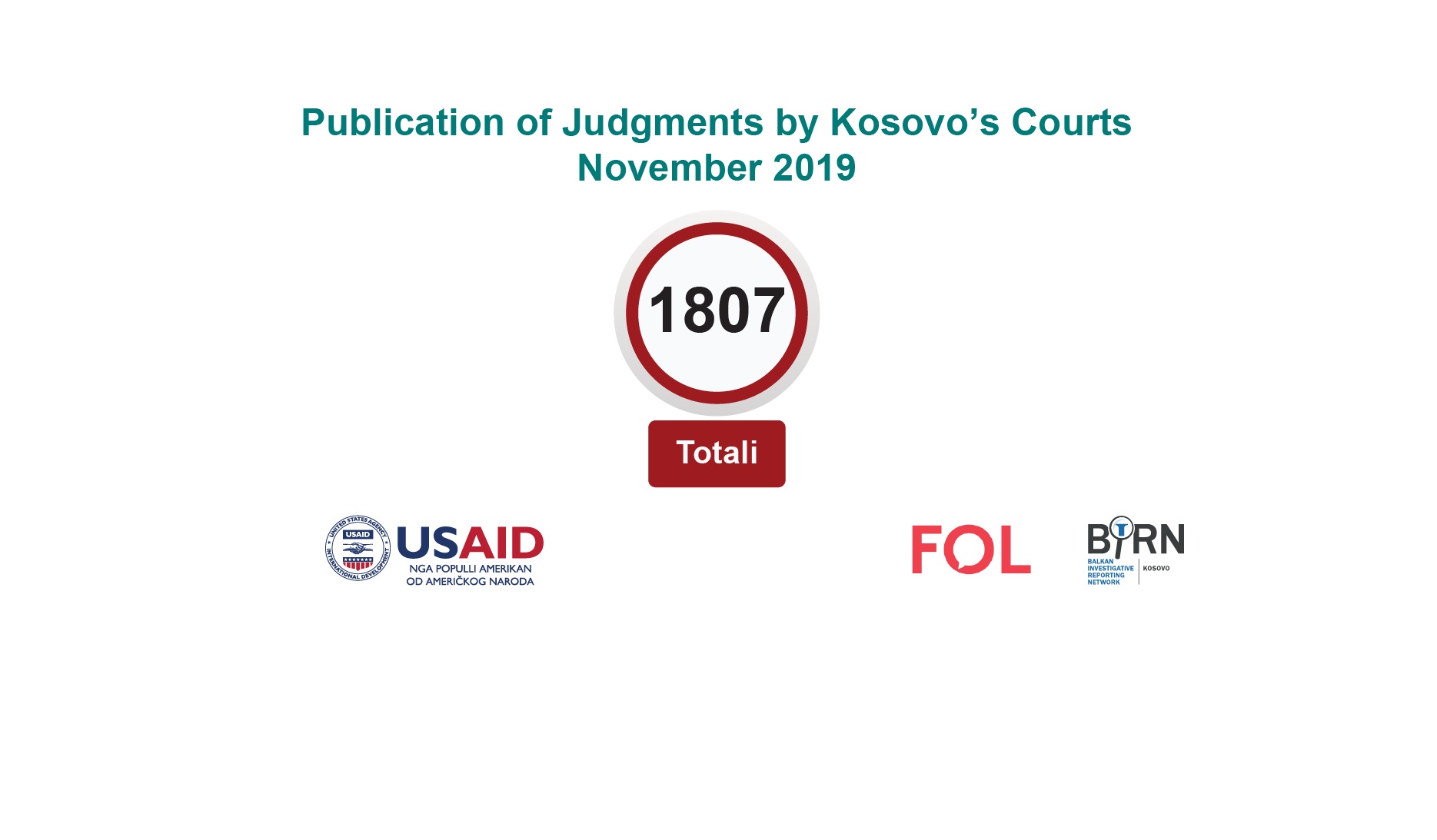