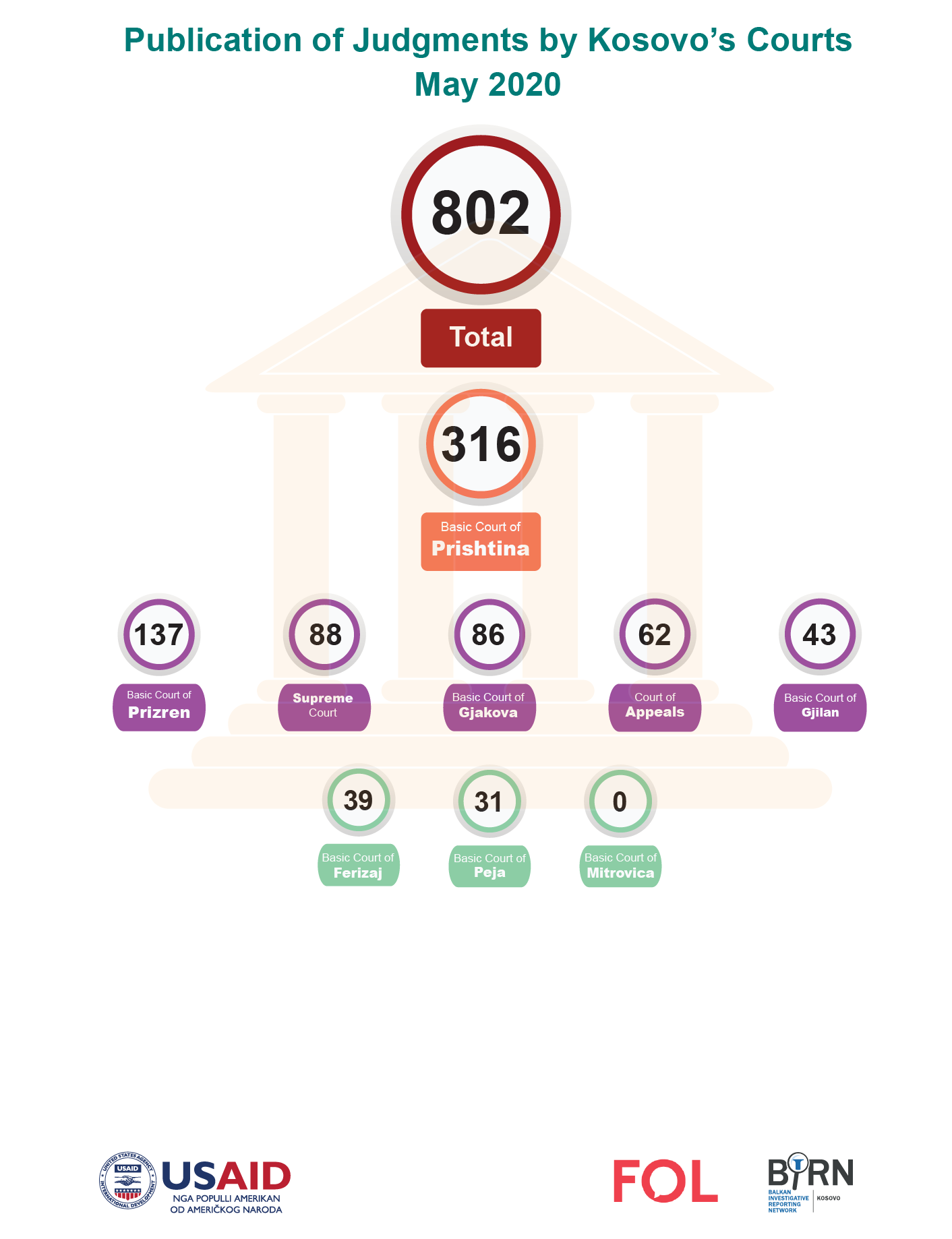 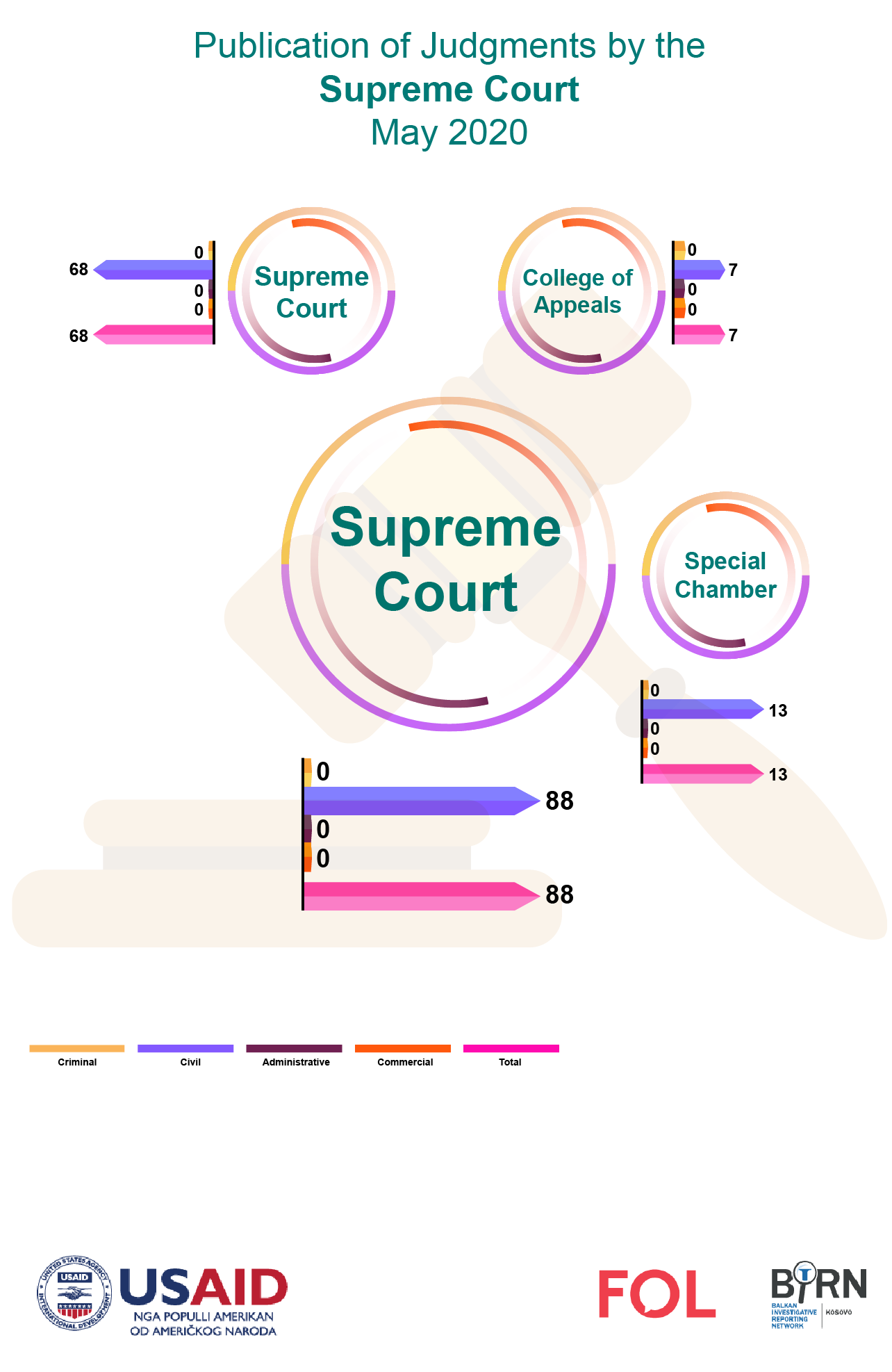 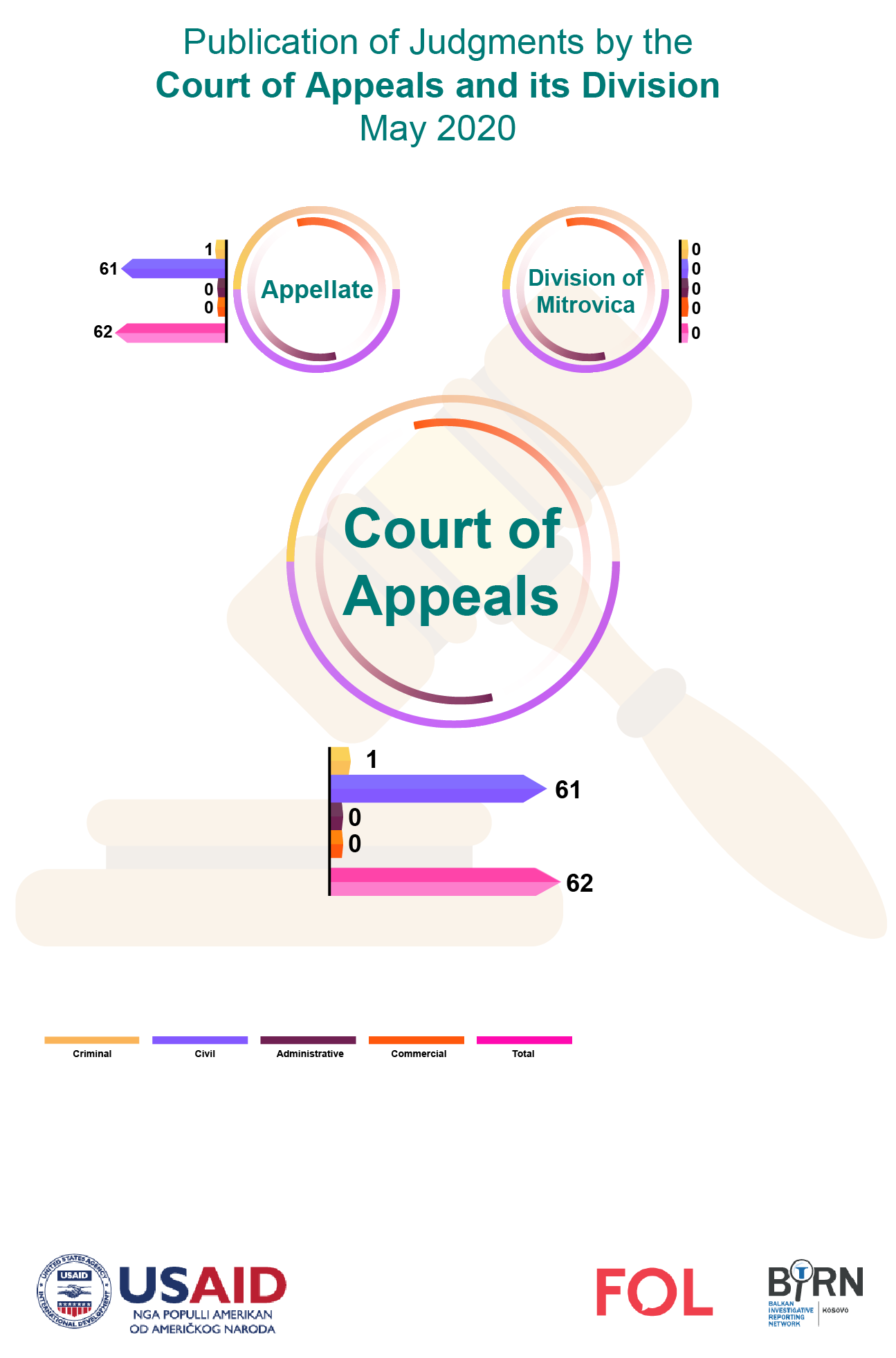 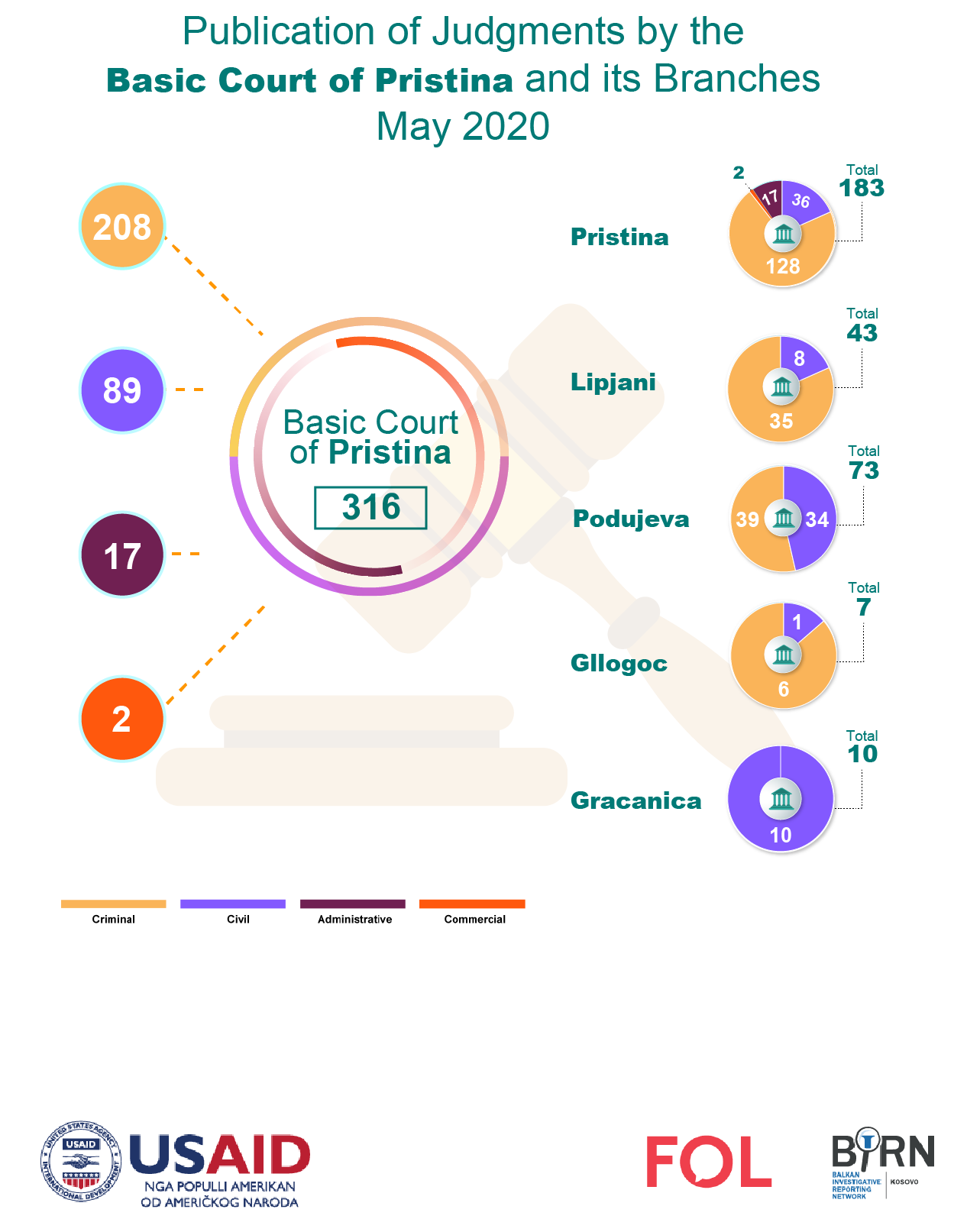 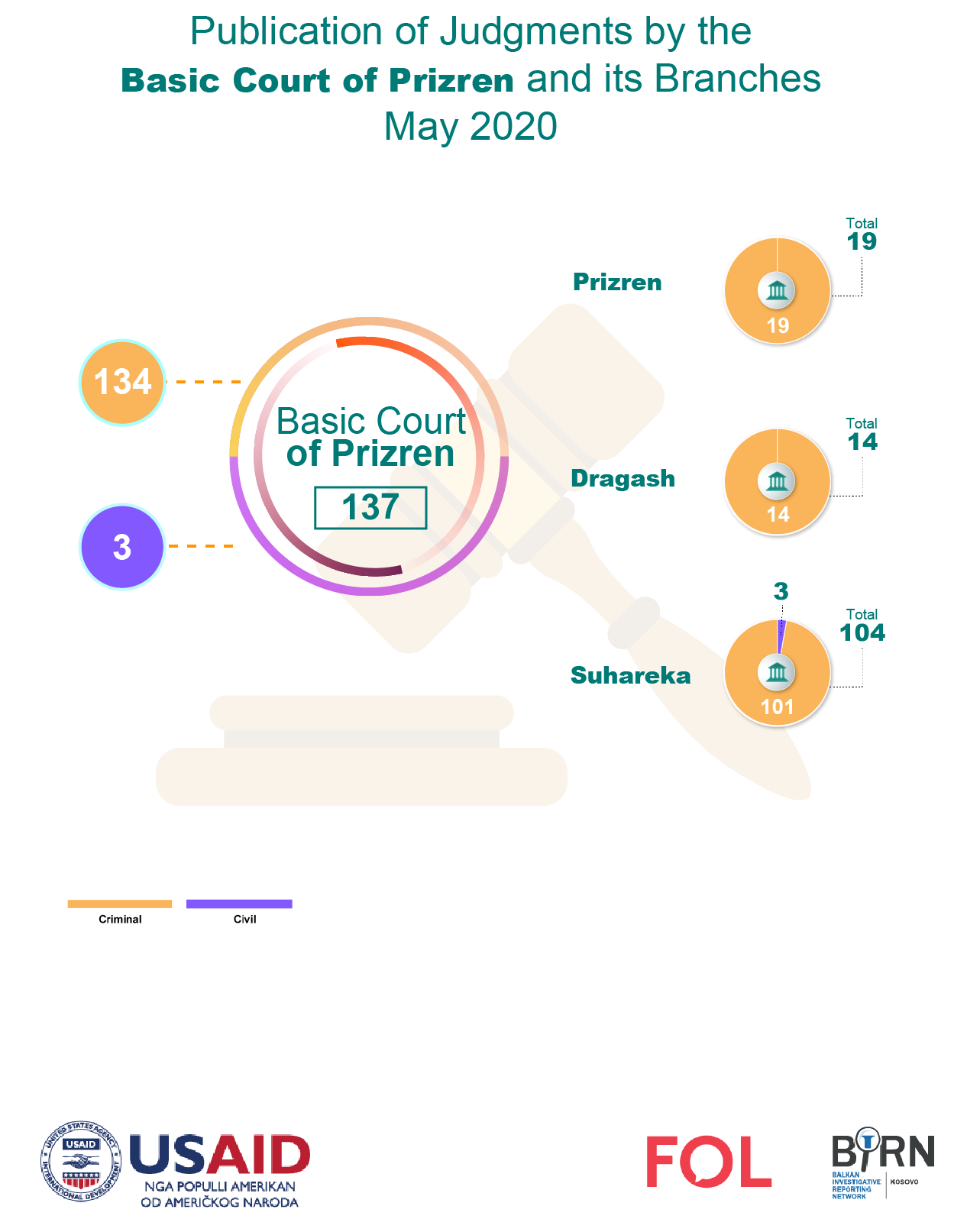 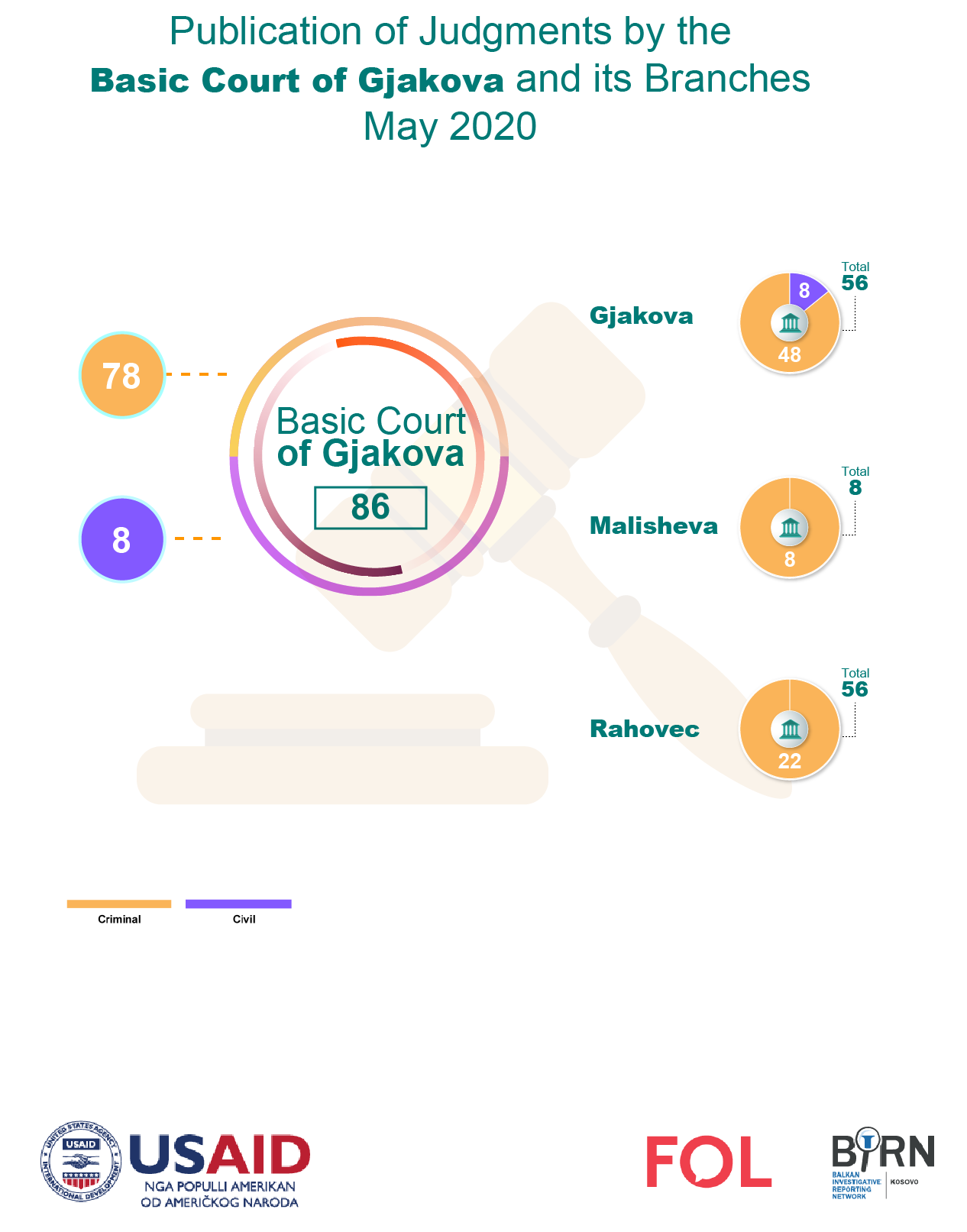 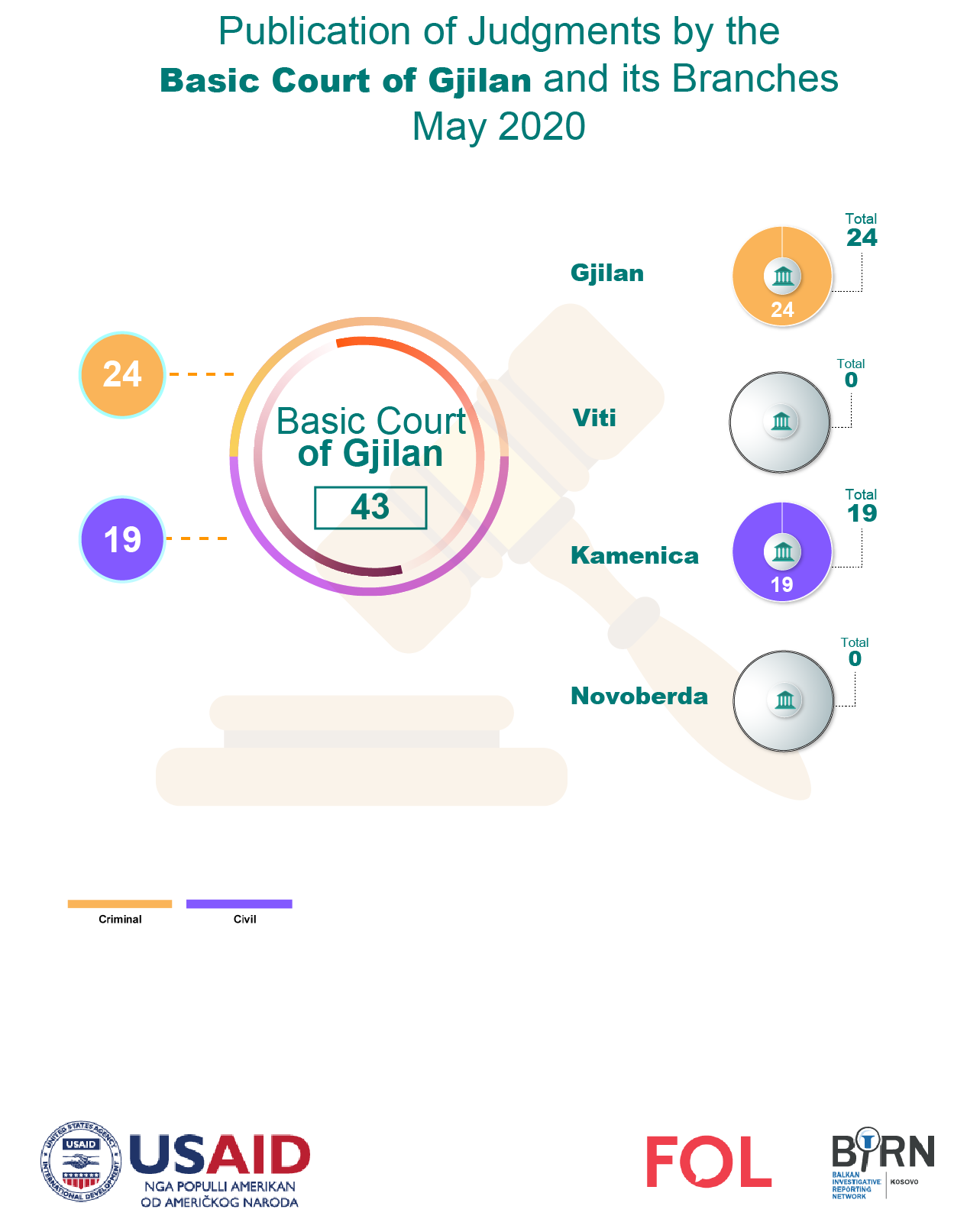 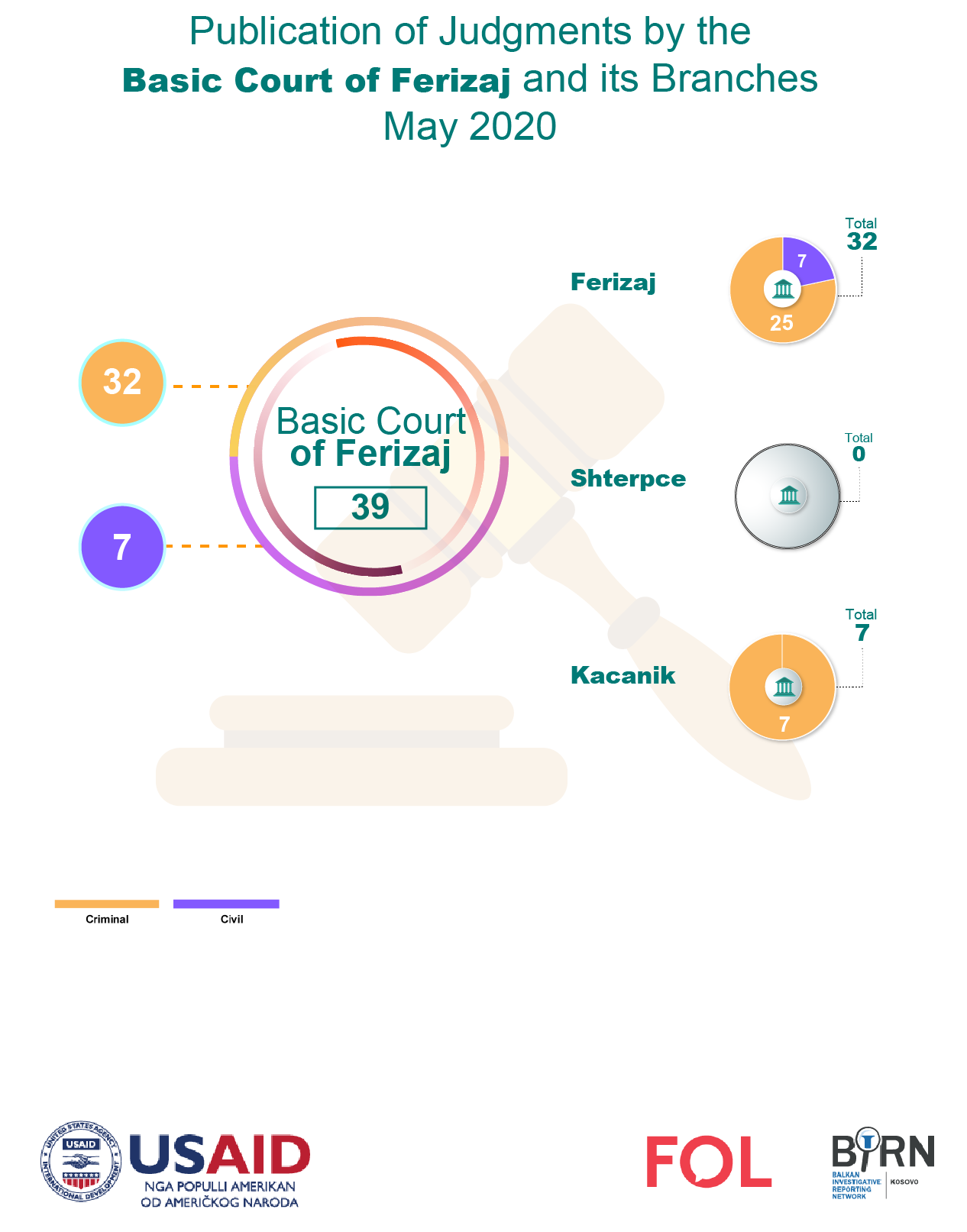 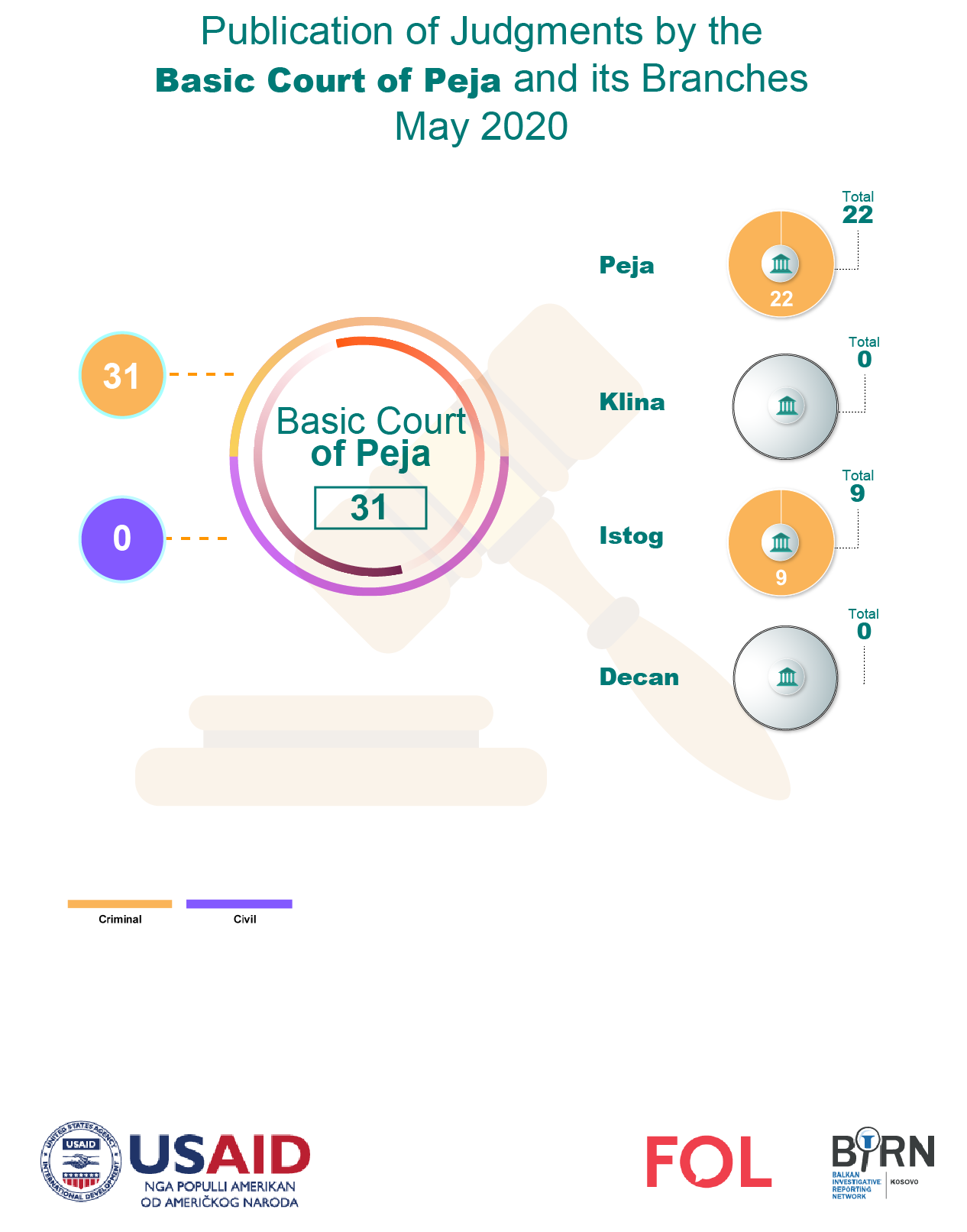 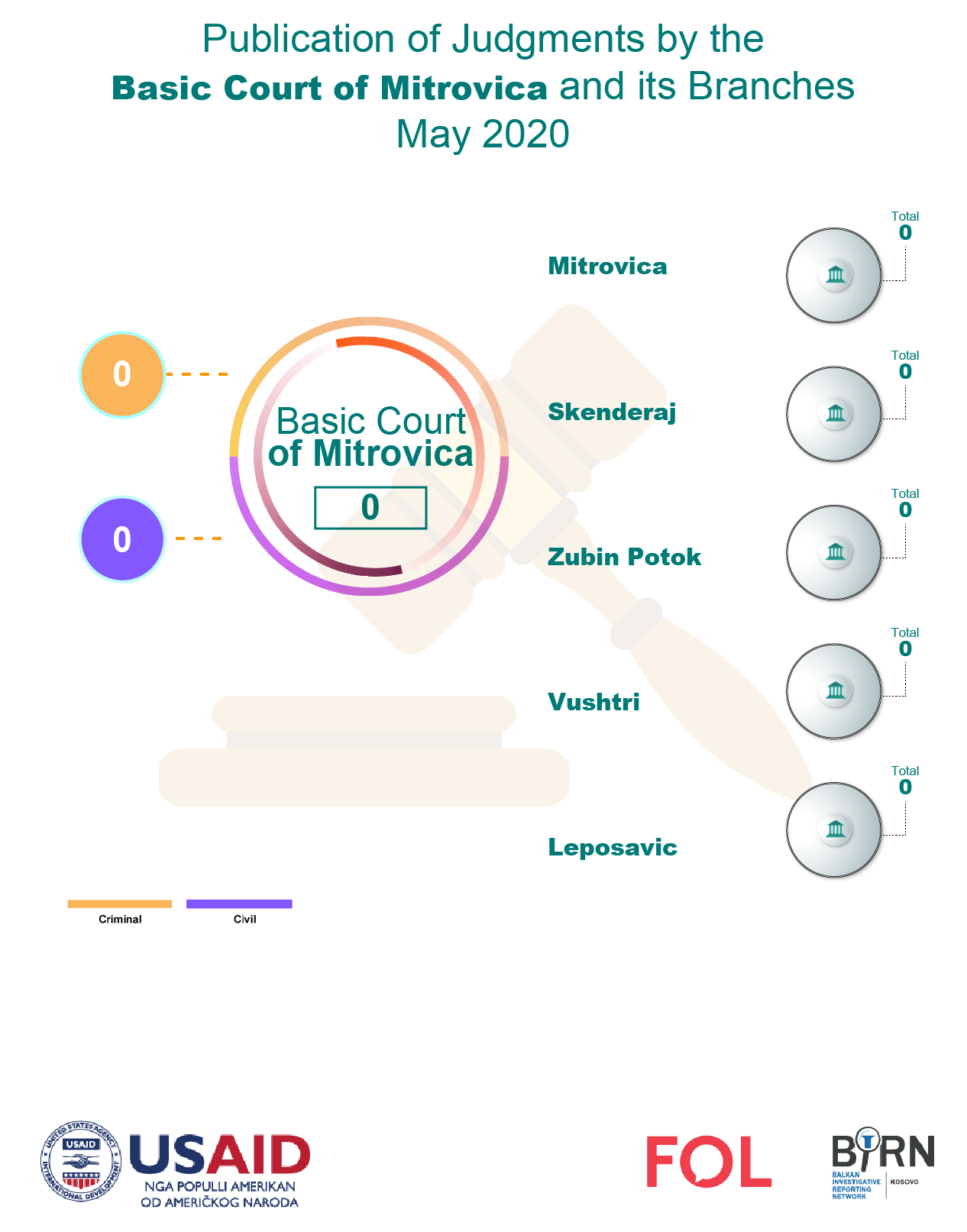 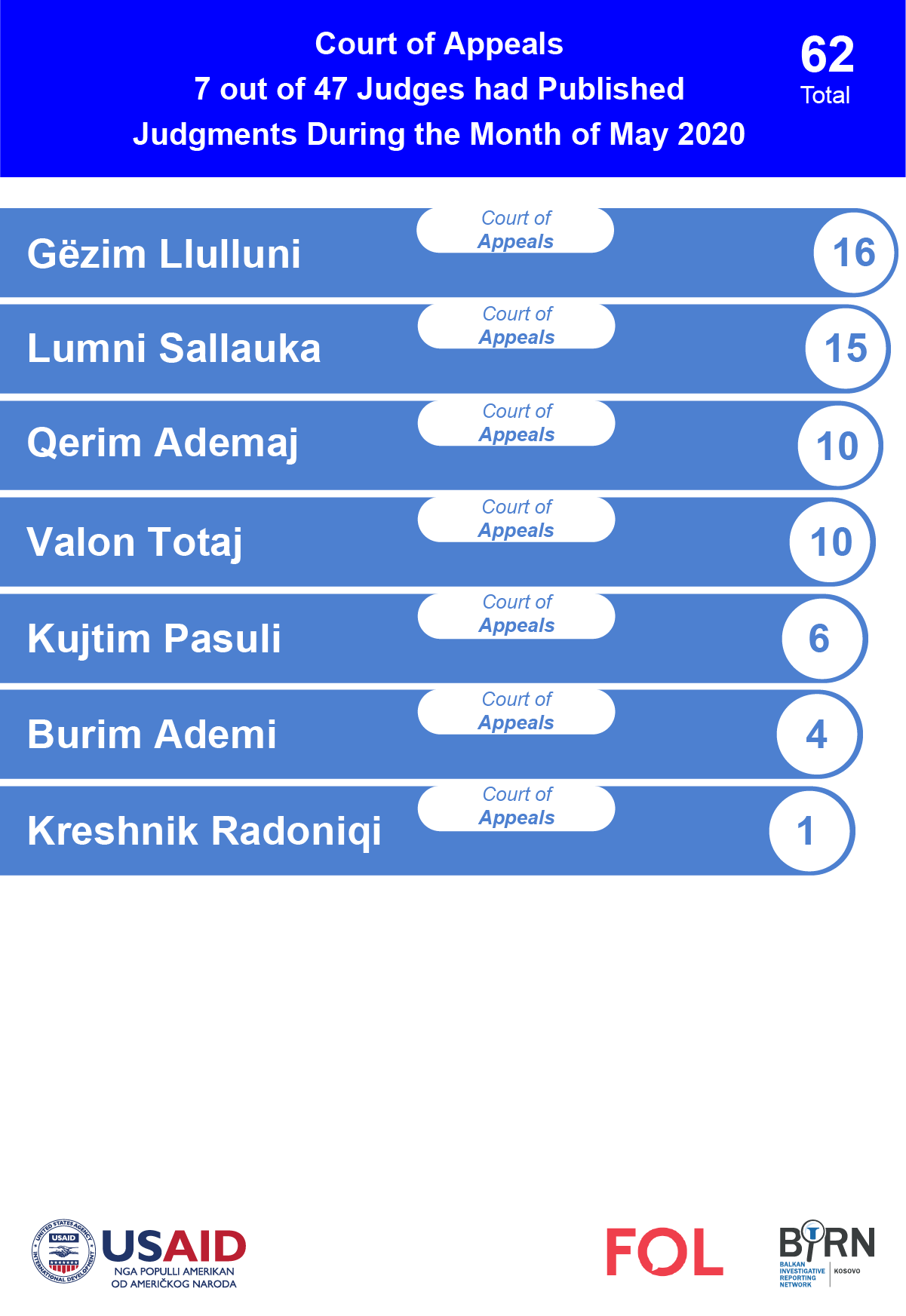 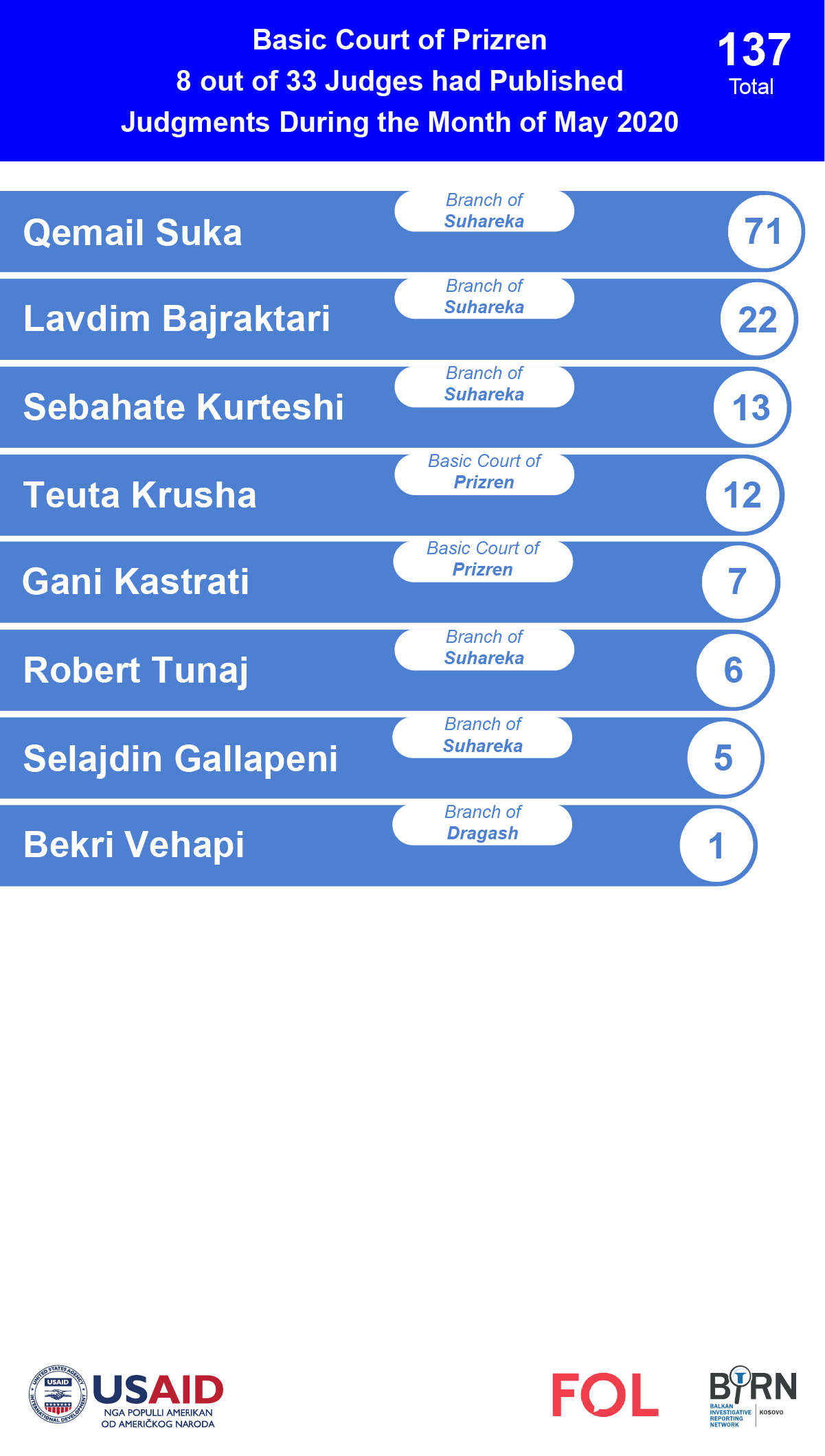 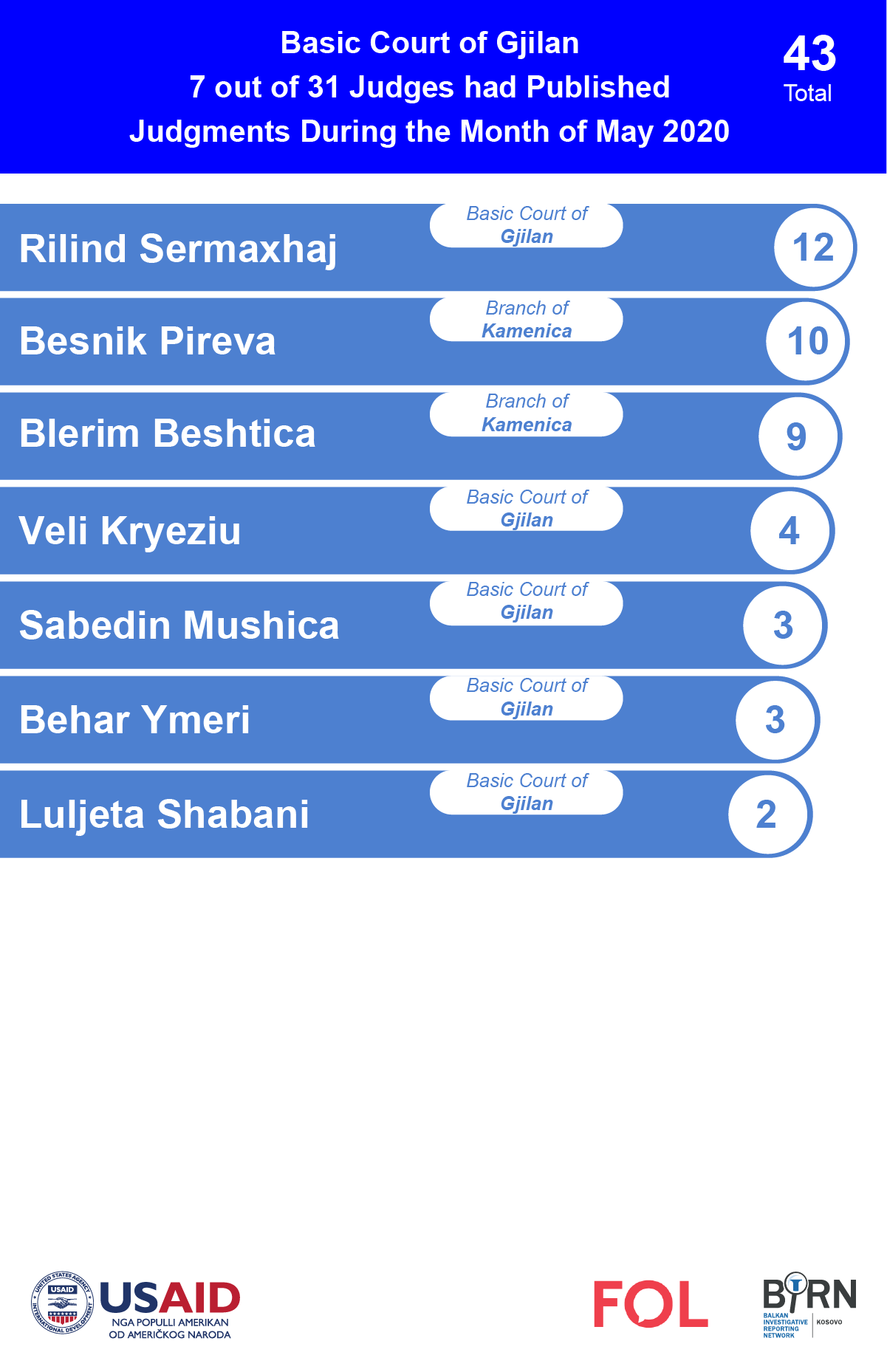 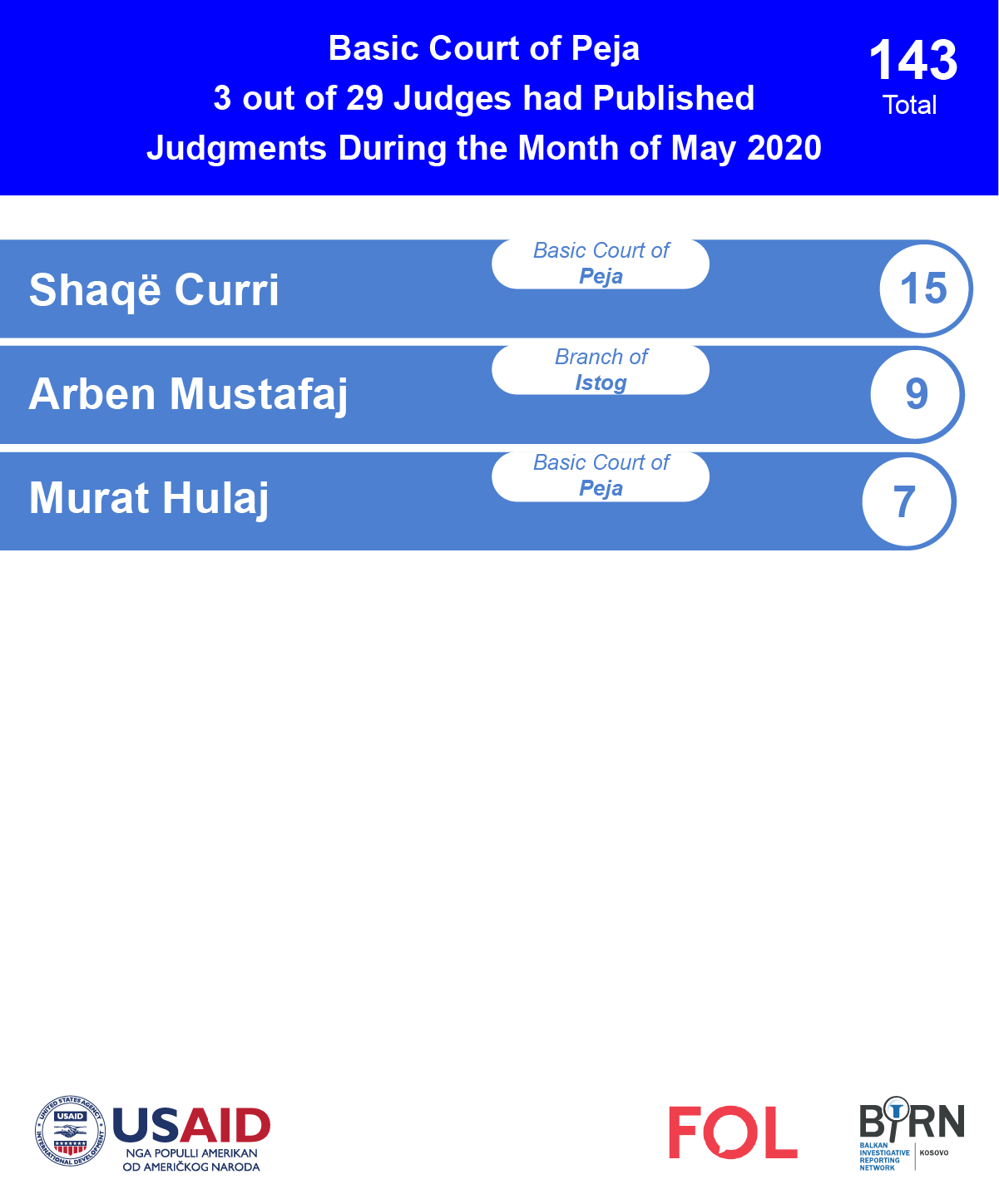 Clarification: The publication of judgments during the period of May 1 to May 31, 2020 was monitored for all Kosovo’s courts focusing on criminal, civil, commercial, and administrative departments. Additionally, this monitoring covered the publication of judgments according to judges from all courts (including their branches) for the abovementioned departments. The President of the Supreme Court; President of the Court of Appeals; Presidents of the Basic Courts; and the Judges from the Division for Minor Offences are not included in this monitoring.

During the monitoring of judgments published in the Kosovo Judicial Council’s website, for the above-mentioned period, it has been noted that there is a total of 802 judgments published. Additionally, during the month of May it has been noticed that courts have published judgments made by judges who have been promoted to more senior positions, have been transferred to Minor Offence Division, or have retired. These shortcomings were noted during a detailed verification by BIRN and FOL. 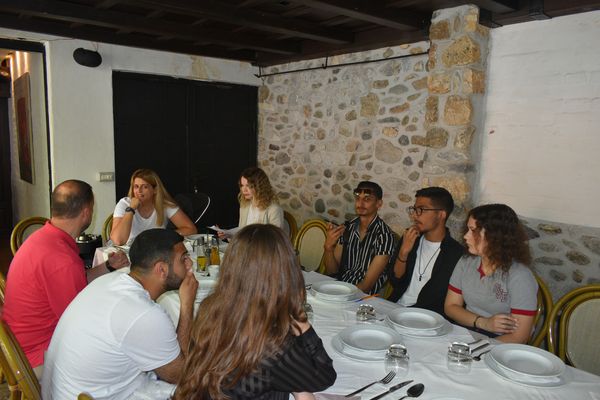 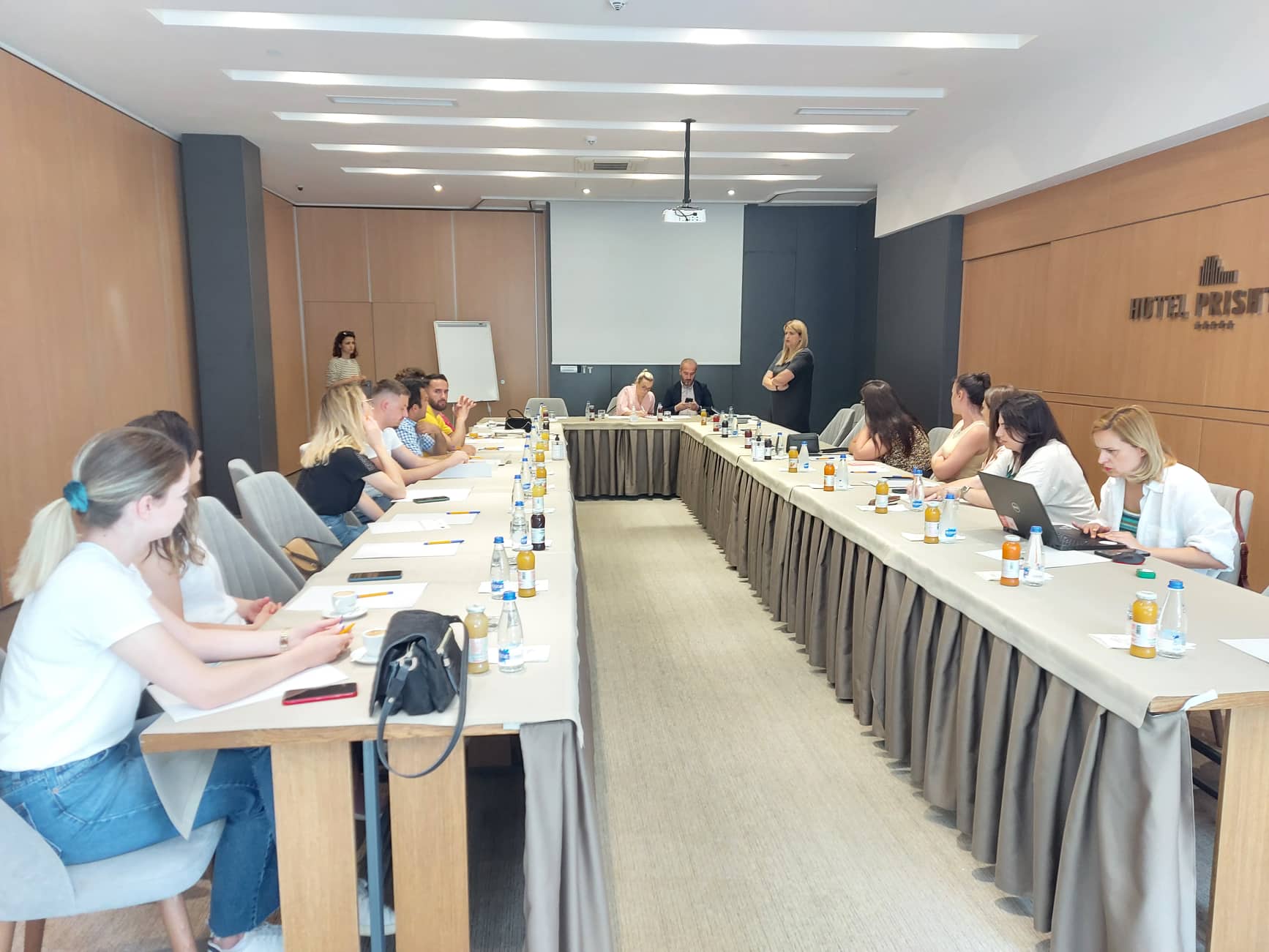